Unlike the common belief, the reduction in the Good and Services Tax (GST) levied on affordable housing from 12 percent to eight percent has failed on provide the much-needed respite to both the builder and the buyer fraternity. What will trigger a boom in the affordable segment is a tax-free status say experts. 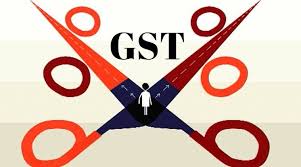 Affordable housing is touted as the ”Sunrise segment” in the Indian residential real estate. The government has undertaken various initiatives that make it advantageous for home seekers, and offered multiple incentives helping developers create additional housing stock in this segment.

From granting ‘infrastructure Status’ , subsidized loans, and Credit Linked Subsidy Scheme (CLSS) under the Pradhan Mantri Awas Yojana (PMAY) for buyers to increased Floor Space Index(FSI) and concessional loan rates for developers, the government has introduced multiple measures to ensure demand-supply parity in the affordable segment. However, the levy of a hefty Goods and Services Tax (GST) continues to remain a significant challenge in the implementation of low-cost housing, pan India.

According to Niranjan Hiranandani, CMD, Hiranandani communities and National President NAREDCO, “The GST cut failed to comply with relators” expectation. It is believed that it will take a couple of years ‘ to significantly impact the housing sector, particularly the affordable segment. Indisputably, taxation benefits and concessional home loans would further strengthen the low-cost Housing. Overall, a cut down in GST rates and incentives for real estate developers would not only expedite construction activity but would also reduce delays,”

“The cut has helped to bring down the cost of construction, but it is not sufficient for the successful implementation of affordable housing country –wide. Ideally, there should not be any tax for affordable housing, including GST. Land cost and construction variables already spike a unites price. Delay in approvals and development phase affect the cost further,” avers Dinesh Jain, MD, Exotica Housing.

The back of the envelops calculation shows that what a developers pays as GST and what he recovers from the buyer has a deficit of RS.50 per Sq.ft. including all direct and indirect costs, a developer pays Rs.312 per sq. as GST, and recovers only Rs260 per sq.ft , Which is a big loss, a buyer has to spend Rs.31,000 more on a 600 sq. housing unit.

Moreover, the CLSS too, helps but up to a certain limit as taxes come heavily on both developers and homebuyers. Holistically, it is relational to further relax the tax rates to six percent as homebuyers are already paying an interest on home loans coupled with Stamp Duty. In fact, the government should increase the bracket of carpet area and interest subsidy for first-time home-buyers under PMAY.

Adding criteria for tax benefits can also be a positive step for affordable housing. Excepts for the possession, the government should ensure mandatory benefits on the interest paid on the home loan after 18 months or so, adds Jain.

All in all, the above measures, if considered by the government would eliminate the existing challenges in the construction sector, and smoothen the development process. Reduced taxes will imply less cost of production and thereby, reduced cost of purchase of buyers, creating a win –win scenario for all.