Do’s and don’ts of bathroom

First and foremost a dirty and unhygienic bathroom is the breeding ground for diseases and it is vital to keep washrooms clean in order to avoid the transmission of germs and bacteria. This is a no-brainer and we don’t need to tell you to always wash your hands after going to the bathroom. 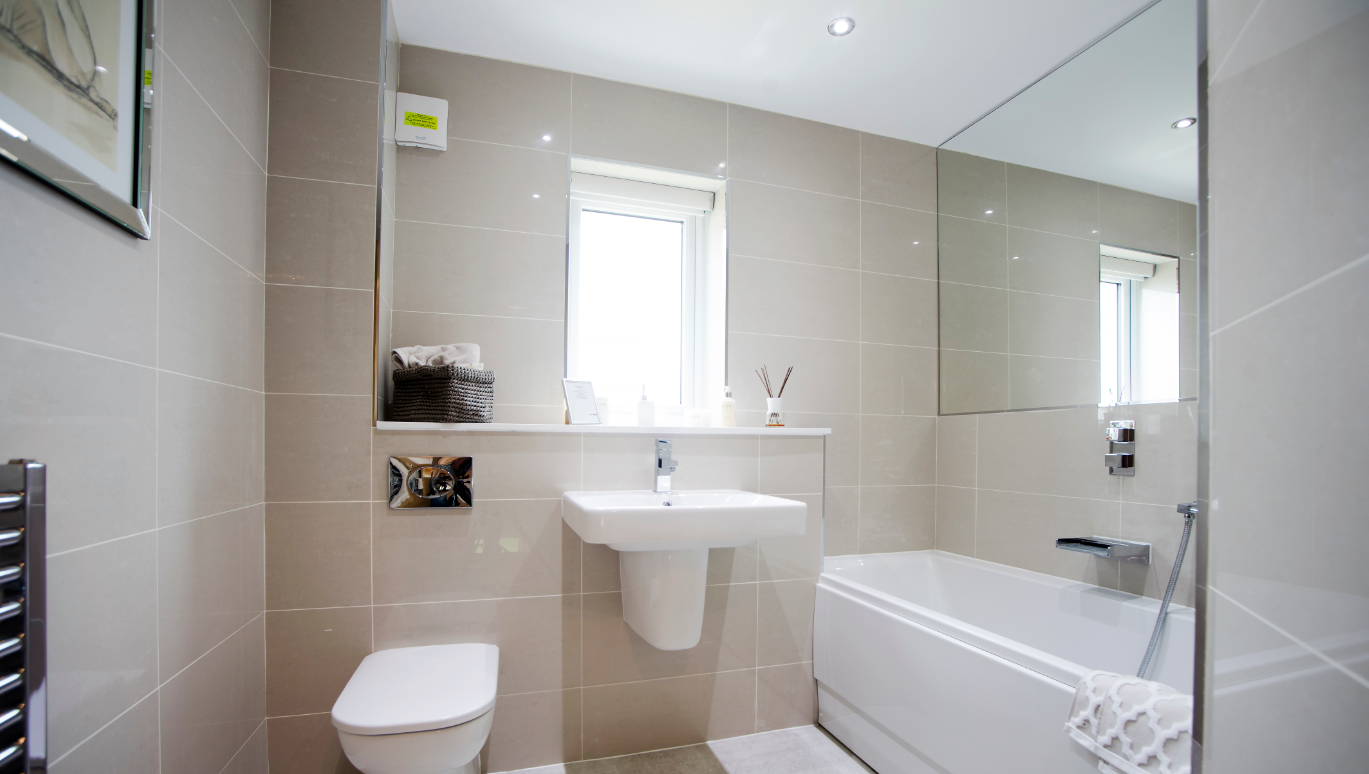 The golden rules of bathroom etiquette

It’s not just about keeping the bathroom clean, it’s about the golden rules, the unspoken way of acting, the do’s and don’ts of what is acceptable behavior in the bathroom. 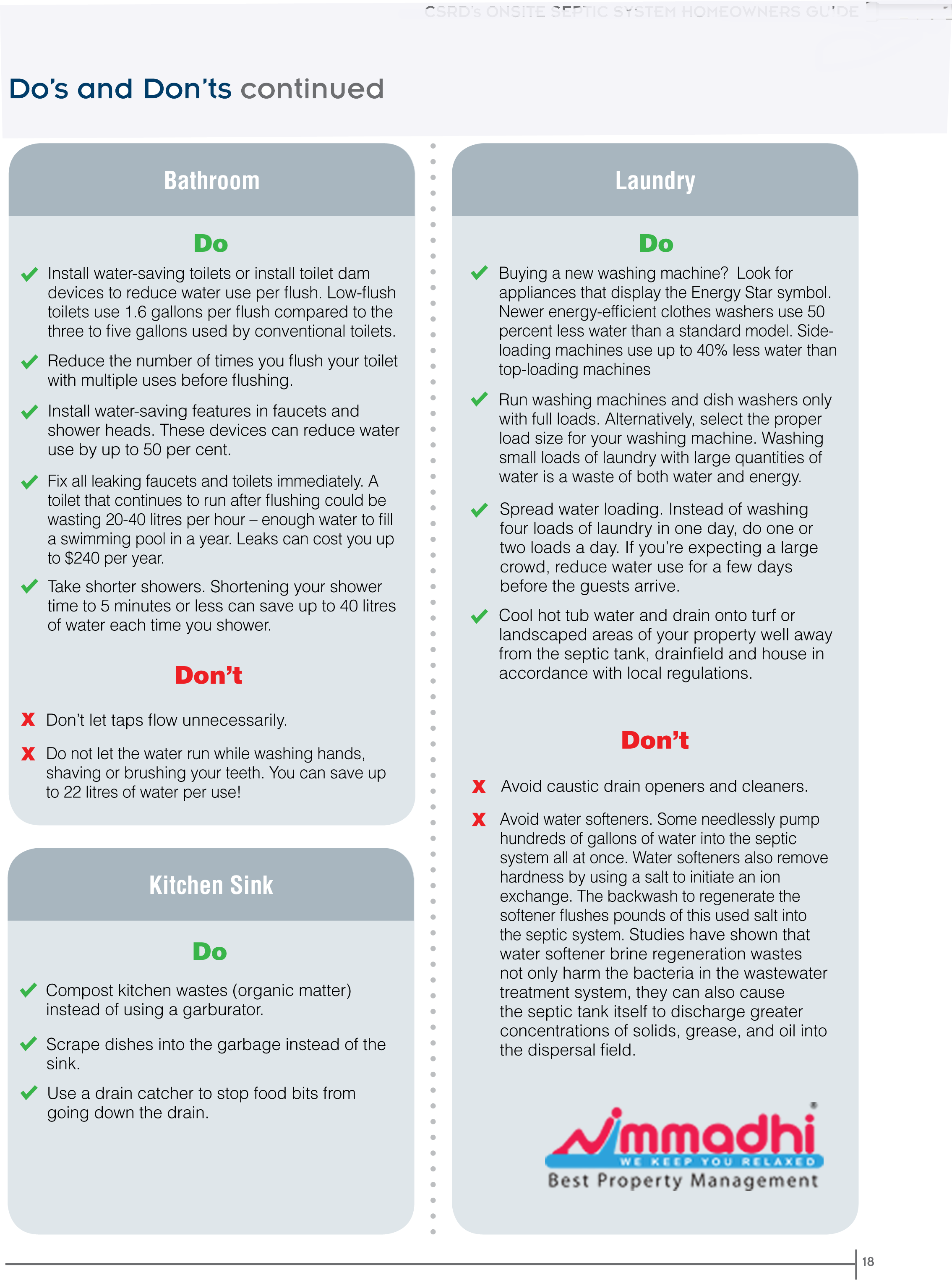 ✓ Observe social responsibility – if you mess on the toilet seat, wipe it away

✓ Use the toilet brush if necessary

✓ Install water-saving toilets or install toilet dam devices to reduce water use per flush. Low-flush toilets use 1.6 gallons per flush compared to the three to five gallons used by conventional toilets.

✓ Reduce the number of times you flush your toilet with multiple uses before flushing.

✓ Fix all leaking faucets and toilets immediately. A toilet that continues to run after flushing could be wasting 20-40 litres per hour – enough water to fill a swimming pool in a year. Leaks can cost you up to 30,000 per year.

✓ Take shorter showers. Shortening your shower time to 5 minutes or less can save up to 40 liters of water each time your shower

✗Do not let the water run while washing hands, shaving or brushing your teeth. You can save upto 22 liters of water per use!

✗Don’t Smoke in the bathroom 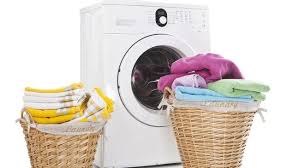 ✓Run washing machines and dish washers only with full loads. Alternatively, select the proper load size for your washing machine. Washing small loads of laundry with large quantities of water is a waste of both water and energy.

✗ Avoid caustic drain openers and cleaners. ✗ Avoid water softeners. Some needlessly pump hundreds of gallons of water into the septic system all at once. Water softeners also remove hardness by using a salt to initiate an ion exchange. The backwash to regenerate the softener flushes pounds of this used salt into the septic system. Studies have shown that water softener brine regeneration wastes not only harm the bacteria in the wastewater treatment system, they can also cause the septic tank itself to discharge greater concentrations of solids, grease and oil into the dispersal field.

✓ Compost kitchen wastes (organic matter) instead of using a carburetor

✓ Scrape dishes into the garbage instead of the sink.

✓ Use a drain catcher to stop food bits from going down the drain.

✓ DO keep a good stock of separate cloth towels for hands and dishes. Launder frequently at 90 degrees F, on a regular cycle.

✗ DON’T forget to take care of your kitchen sink’s faucet handles and drains. ✗ DON’T place wet garbage or compost in a bin without a tight-fitting lid indoors, as this leads to unpleasant odors, as well as attracting insects and other pests.

✗ DON’T continue using kitchen towels indefinitely. Whether for drying dishes or wiping your hands, damp, soiled towels are a breeding ground for all sorts of nasties, including E. coli, salmonella, and staphylococcus ✗ DON’T put rice, tomato and curry leaves, etc..,in the sink when washing the utensils

What can be placed in your regular rubbish bin?

✓ Light globes, pyrex, ceramics and drinking glasses ✓ All other rubbish that can’t be recycled